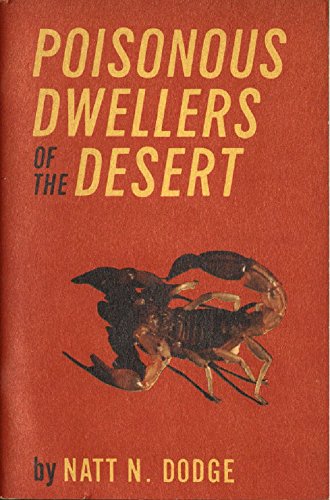 Poisonous Dwellers of the Desert
by Natt Noyes Dodge

Description:
Some of the creatures living in deserts are known to be poisonous to man. It is the purpose of this booklet to discuss accurately the various poisonous dwellers of the desert, as well as to debunk some of the superstitions and misunderstandings which have developed.

Gliding Mammals: Taxonomy of Living and Extinct Species
by S.M Jackson, R.W. Thorington, Jr. - Smithsonian Institution Scholarly Press
There are 64 species of extant gliding mammals that are recognized, which are divided into six different families. These comprise eight species of gliding marsupials that live within Australasia and include six species of lesser gliding possums ...
(6538 views)

The Vertebrate Skeleton
by Sidney H. Reynolds - Cambridge University Press
The author gives first an account of the skeletal characters of the group in question and of its subdivisions; secondly describes the skeleton of one or more selected types; and thirdly treats the skeleton as developed in the group organ by organ.
(7000 views)

Mammals of Mount Rainier National Park
by R.K. Grater, M.K. Potts - Mount Rainier Naural History Association
To know Nature in her various forms is to increase appreciation of the natural scene. It is for this purpose that this book has been written. The sequence of species used brings many of the larger animals ahead of the smaller and more obscure kinds.
(5573 views)