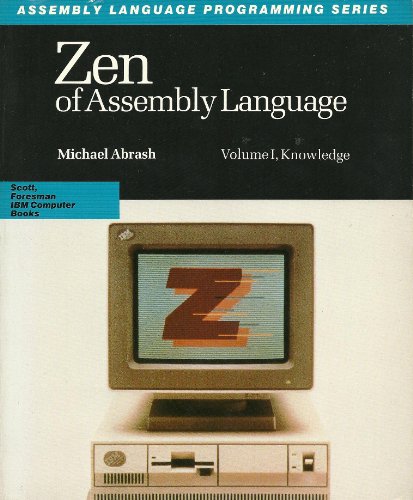 Zen of Assembly Language: Volume I, Knowledge
by Michael Abrash

Description:
This is the book that unlocks the secrets of writing superb assembly-language code. It assumes that you're already familiar with assembly language, at least acquainted with the registers and instructions of the 8088, and with the use of one of the popular PC assemblers. We're going to jump into high-performance programming right from the start.

The Power PC Compiler Writer's Guide
by Steve Hoxey, at al. - Warthman Associates
This book describes the code patterns that perform well on PowerPC processors. The book will be particularly helpful to compiler developers and application-code specialists who are already familiar with optimizing compiler technology.
(16892 views)

The Art of Assembly Language
by Randall Hyde - No Starch Press
Presents assembly language from the high-level point of view, so you can start writing meaningful programs within days. This is the most-often recommended book on 80x86 assembly language programming in newsgroups, on web sites, and by word of mouth.
(19302 views)

PC Assembly Language
by Paul A. Carter
The book discusses how to program the 80386 and later processors in protected mode. The tutorial has extensive coverage of interfacing assembly and C code and so might be of interest to C programmers who want to learn about how C works under the hood.
(18815 views)