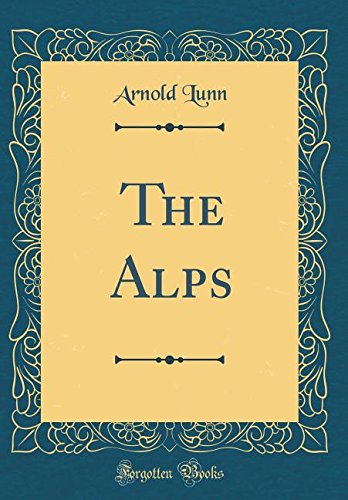 The Alps
by Arnold Lunn

Description:
Alpine exploration is mental as well as physical, and concerns itself with the adventures of the mind in touch with the mountains as well as with the adventures of the body in contact with an unclimbed cliff. The story of the gradual discovery of high places as sources of inspiration has its place in the history of Alpine exploration, as well as the record of variation routes too often expressed in language of unvarying monotony. Sir Arnold Lunn was a skier, mountaineer and writer. He was knighted for 'services to British Skiing and Anglo-Swiss relations' in 1952.

Mount Rainier: A Record of Exploration
by Edmond S. Meany (ed.) - The Macmillan Company
A challenging and fascinating collection of extracts from the original accounts of the men who discovered, explored and first ascended this sky-shouldering mountain of the Cascade Range, considered one of the most dangerous volcanoes in the world.
(5913 views)

Adventures on the Roof of the World
by Aubrey Le Blond - T. F. Unwin
Tales of adventure easily intelligible to the non-climber, the lessons which most adventures can teach to those who may climb themselves one day. The book should be read by all who think of Alpine climbing, and by all who love stories of adventure.
(7215 views)

The Guardians of the Columbia
by John H. Williams
Mount Hood, Mount Adams and Mount St. Helens. From maps, descriptions of peaks and wilderness areas to detailed mountaineering proofs, enthusiasts can now experience the thrill of the greatest peaks as they were in the early part of the century.
(5358 views)

Himalayan Dreaming
by Will Steffen - ANU Press
This book tells the story of Australian mountaineering in the great ranges of Asia, from the exploits of a brash, young colonial with an early British Himalayan expedition in the 1920s to the coming of age of Australian climbers in the 1980s.
(4690 views)