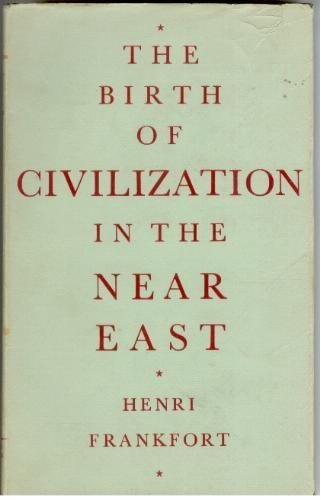 The Birth of Civilization in the Near East
by Henri Frankfort

Description:
A full description of the birth of civilization in the Near East would require a work many times the size of the present book. We have concentrated on the social and political innovations in which the great change became manifest.

Athens: Its Rise and Fall
by Edward Bulwer-Lytton - G. Routledge
Since it is the letters, yet more than the arms or the institutions of Athens, which have rendered her illustrious, it is my object to combine an elaborate view of her literature with a complete and impartial account of her political transactions.
(8557 views)

Lives of the Noble Grecians and Romans
by Plutarch
A brilliant social history of the ancient world by one of the greatest biographers of all time. In his most famous and influential work, Plutarch reveals the character and personality of his subjects and how they led ultimately to tragedy or victory.
(13177 views)

The Ancient Cities of the New World
by Désiré Charnay - Chapman & Hall
I recount the history of a civilisation which has long passed away, which is hardly known. My explorations led me to the uplands of Mexico, the first establishments of the civilising race, and enabled me to trace the Toltecs step by step ...
(9289 views)

Initiation into the Mysteries of the Ancient World
by Jan N. Bremmer - De Gruyter Open
This book explores ancient mystery cults and their influence on emerging Christianity. The author discusses the famous Eleusian Mysteries as well as lesser-known Greek and Roman mysteries, offering an in-depth analysis of this fascinating phenomenon.
(5957 views)