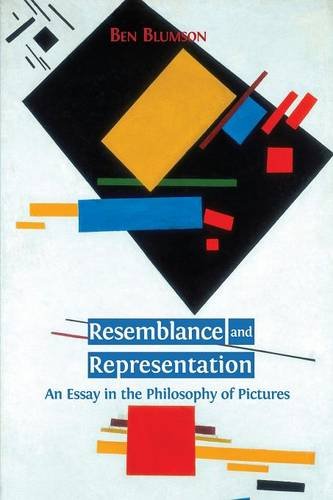 Resemblance and Representation: An Essay in the Philosophy of Pictures
by Ben Blumson

Description:
The strategy of the book is to argue that the apparently compelling objections raised against the platitude that depiction is mediated by resemblance are manifestations of more general problems, which are familiar from the philosophy of language. These problems, it argues, can be resolved by answers analogous to their counterparts in the philosophy of language, without rejecting the platitude.

The New Organon
by Francis Bacon - Collier
This work was revolutionary in its attempt to give formal philosophical shape to emerging experimental science. It challenged the entire edifice of the philosophy of Bacon's time, and left its mark on all subsequent discussions of scientific method.
(10969 views)

Metaphysics
by Mark Pestana - InTech
This collection will give readers a sense of the type of metaphysical investigations that are now being carried out by thinkers in the Western nations. We also hope that the reader's curiosity will be peaked so that further inquiry will follow.
(7988 views)

Telemorphosis: Theory in the Era of Climate Change
by Tom Cohen (ed.) - MPublishing
This volume gathers notable philosophers to engage the predominant impasse of an emerging era of climate change and ecocatastrophic acceleration: that is, how critical practices inherited from 20th century thinkers alter at the current moment.
(6795 views)

Modern Philosophy
by Walter Ott, Alex Dunn - BCcampus
This is a textbook in modern philosophy. It combines readings from primary sources with two pedagogical tools. Paragraphs in italics introduce figures and texts. Numbered study questions ask students to reconstruct an argument from the text.
(5114 views)