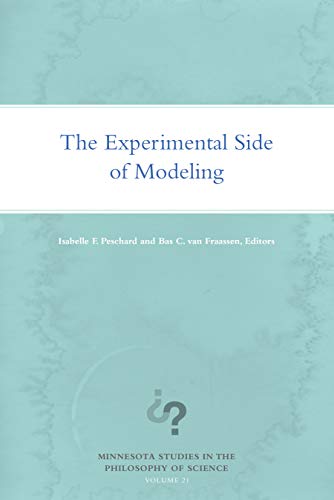 The Experimental Side of Modeling
by Isabelle F. Peschard, Bas C. Fraassen

Description:
Offering a radically new conception of the role of data in the scientific modeling process, this cutting-edge volume offers a multifaceted view on experiments as designed and shaped in interaction with the modeling process. Highlighting the mediating role of models and the model-dependence of data measurement, it proposes a normative and conceptual innovation in scientific modeling.

Communicating Science Effectively
- National Academies Press
The book offers a research agenda for science communicators and researchers seeking to apply this research and fill gaps in knowledge about how to communicate effectively about science, focusing on issues that are contentious in the public sphere.
(3880 views)

21st Century Science
by James Schombert - University of Oregon
A review of the foundations of modern science emphasizing the status of our current view of Nature. The text is an introduction to the philosophy used to explore the meaning of reality. It is a non-mathematical course with a modern perspective.
(12347 views)

Yorick's World: Science and the Knowing Subject
by Peter Caws - University of California Press
Peter Caws provides a fresh treatment of some of the most vexing problems in the philosophy of science: explanation, induction, causality, evolution, discovery, artificial intelligence, and the social implications of technological rationality.
(10805 views)

Science and Method
by Henri Poincare - T. Nelson
An examination of the process scientists go through when determining which of the facts before them will be most useful in advancing scientific knowledge. In this text Poincare investigates mathematics, logic, physics, mechanics, and astronomy.
(8960 views)