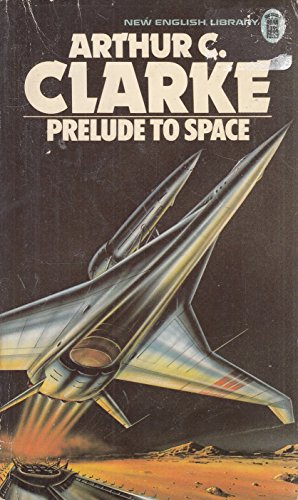 Description:
The world's first lunar spacecraft is about to launch. The ship, Prometheus, is built from two separate components -- one designed to travel from Earth's atmosphere to the Moon and back, and the other to carry the first component through Earth's atmosphere and into orbit.

Virgin Planet
by Poul Anderson - The Galaxy Publishing Corporation
He is Davis Bertram, a space-explorer. But how can he convince them he really is a man? Their legends have built Men into gods. Trying to be worthy of the Coming, the women imitate masculine virtues. They are warlike, ambitious, ruthless.
(3690 views)

Murder in Space
by David V. Reed - The Galaxy Publishing Corporation
There is a place in the asteroid belt called the Hive. It is a deadly whirl of destruction filled with thousands of spiraling asteroids -- where no spaceship can enter and return in one piece. And deep within it lurks an unsolved murder.
(4444 views)

Shambleau
by C. L. Moore - The Galaxy Publishing Corporation
One of the strangest, and surely one of the most imaginative stories ever written, C.L. Moore's first novel 'Shambleau' was hailed by readers, authors, and editors as the debut of a truly gifted writer during the golden age of science fiction.
(3792 views)

Chessboard Planet
by Lewis Padgett - The Galaxy Publishing Corporation
It concerns Robert Cameron, trained in applied psychology, who finds himself being driven insane by a strange, unfathomable force. As an experienced psychometrician he fights the terrifying hallucinations. He knows his job is vital ...
(7751 views)