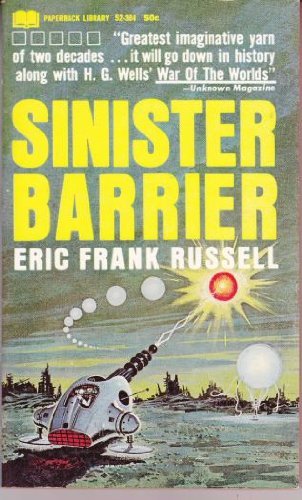 Description:
This story by Eric Frank Russell was first serialized in 1930, then published in book form in 1943. The story of a future where the human race is owned and operated by the invisible Vitons, parasites that feed on human pain and anguish.

Prelude to Space
by Arthur C. Clarke - The Galaxy Publishing Corporation
The world's first lunar spacecraft is about to launch. The ship is built from two separate components -- one designed to travel from Earth's atmosphere to the Moon and back, and the other to carry the first component through Earth's atmosphere.
(3153 views)

Twice in Time
by Manly Wade Wellman - Galaxy Publishing Corp.
While vacationing in Italy, 19-year-old Leo Thrasher rashly experiments with a radical new science. The result: he reflects himself 500 years back in time and must deal with life in the middle ages as he strives to return to the present.
(527 views)