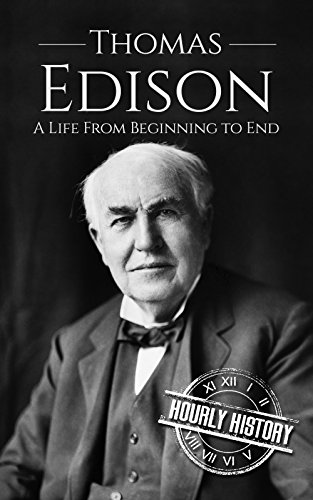 Thomas Edison: A Life From Beginning to End

Description:
Thomas Edison passed on many decades ago, but his inventions still echo loudly through time. If you watch TV, listen to your favorite songs, or simply click on the lamp next to your bed, it was Thomas Edison who brought all of these innovations into the world.

The Copernicus of Antiquity: Aristarchus of Samos
by Thomas Little Heath - The Macmillan Company
The crowning achievement of anticipating the hypothesis of Copernicus belongs to Aristarchus of Samos alone; but to see it in its proper setting it is necessary to have followed in the footsteps of the earlier pioneers ...
(2809 views)

The Life of Sir Isaac Newton
by David Brewster - Harper & Brothers
Sir Isaac Newton has been placed at the head of those great men who have been the ornaments of their species. However imposing be the attributes with which time has invested the sages of antiquity, the brightness of their fame has been eclipsed...
(7980 views)

Lord Kelvin
by Andrew Gray - J. M. Dent & Co.
The aim of the volume is to give an account of Lord Kelvin's life of scientific activity, and to explain to the student, and to the general reader who takes an interest in physical science and its applications, the nature of his discoveries.
(8401 views)

The Story of Euclid
by W. B. Frankland - George Newnes
Euclid was a Greek mathematician, often referred to as the 'Father of Geometry'. His Elements is one of the most influential works in the history of mathematics, serving as the main textbook for teaching mathematics until the early 20th century.
(12455 views)