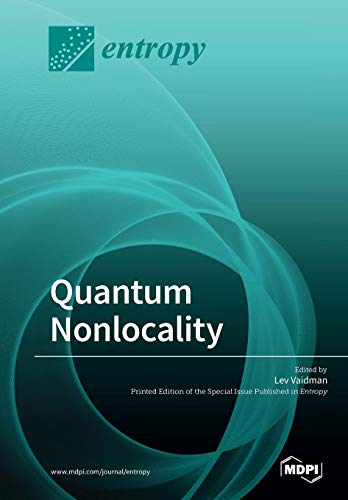 Description:
This book presents the current views of leading physicists on the bizarre property of quantum theory: nonlocality. Einstein viewed this theory as 'spooky action at a distance' which, together with randomness, resulted in him being unable to accept quantum theory. The contributions in the book describe, in detail, the bizarre aspects of nonlocality, such as Einstein-Podolsky-Rosen steering and quantum teleportation -- a phenomenon which cannot be explained in the framework of classical physics, due its foundations in quantum entanglement.

The Physics of Quantum Mechanics
by James Binney, David Skinner - Capella Archive
This book aims to give students the best possible understanding of the physical implications of quantum mechanics by explaining how quantum systems evolve in time, and showing the close parallels between quantum and classical dynamics.
(14550 views)

Relativistic Quantum Dynamics
by Eugene V. Stefanovich
A non-traditional perspective on space, time, particles, fields, and action-at-a-distance. This book is an attempt to build a consistent relativistic quantum theory of interacting particles. The developed theory is applied to realistic physical objects.
(14955 views)