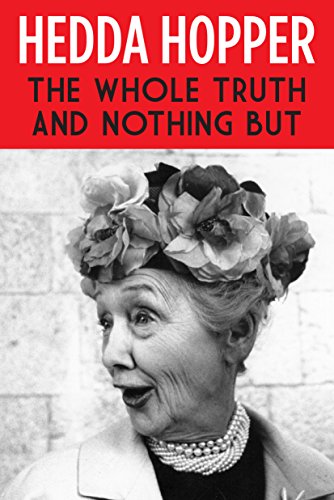 The Whole Truth and Nothing But
by James Brough, Hedda Hopper

Description:
Hedda Hopper tells all, reveals the inner secrets, hidden fears, the behind-the-scene stories of Hollywood and the people who made it famous -- Hedda Hopper has known three generations of Hollywood; now she draws the curtain aside and tells it all.

Benevolence : From Guatemala to Goa On a Zimmer Frame
by Jim West - Project Gutenberg
At the age of one I contracted Polio. Suddenly, a world of infinite possibilities collapsed in upon me. Everything was now a struggle: breathing, lifting my arms, learning to walk. Nothing came easily. And the suffering wasn't just physical.
(7510 views)

Leonardo da Vinci: A Life From Beginning to End
- Hourly History
Creativity is found in our very DNA, something not known to Leonardo da Vinci or anyone else who lived in his time. All he did was to uncover the hidden genius which lay within himself, and he used that inner genius to the very best of his abilities.
(5139 views)

Diary of a Suicide
by Wallace E. Baker - A. and C. Boni
The body of a well-dressed young man was found off Manhattan Beach, Sept. 28th. In his pockets a torn photograph of Strindberg and receipts for three registered letters were found. These receipts were traced to Mr. Herts and to friends in Toronto.
(11049 views)

Ten Days in a Mad-House
by Nellie Bly
The book comprised Nellie Bly's reportage for the New York World in 1887 while on an undercover assignment in which she feigned insanity to investigate reports of brutality and neglect at the Women's Lunatic Asylum on Blackwell's Island.
(12455 views)