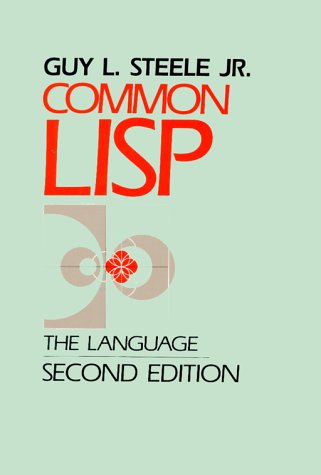 Description:
In this greatly expanded edition of the defacto standard, you'll learn about the nearly 200 changes already made since original publication - and find out about gray areas likely to be revised later. Written by the Vice-Chairman of X3J13 (the ANSI committee responsible for the standardization of Common Lisp) and co-developer of the language itself, the new edition contains the entire text of the first edition plus six completely new chapters.

Computer Science Logo Style
by Brian Harvey - The MIT Press
This series is for people who are interested in computer programming because it's fun. The three volumes use the Logo as the vehicle for an exploration of computer science from the perspective of symbolic computation and artificial intelligence.
(15804 views)

Design of CMU Common Lisp
by Robert A. MacLachlan
This text documents internal details of the CMU Common Lisp compiler and run-time system. CMU Common Lisp is a public domain implementation of Common Lisp that runs on Unix workstations. It provides some useful information on the CMUCL compiler.
(14958 views)

Common LISP: A Gentle Introduction to Symbolic Computation
by David S. Touretzky - Benjamin-Cummings Pub Co
This is a gentle introduction to Common Lisp for students taking their first programming course. No prior mathematical background beyond arithmetic is assumed. There are lots of examples, the author avoided technical jargon.
(22072 views)

Common Lisp: An Interactive Approach
by Stuart Charles Shapiro - W.H. Freeman & Company
The book is a self-paced study guide to Common Lisp programming language. It presents Lisp in a general setting, rather than in the context of a special field in which it is used. The text assumes experience with some imperative programming languages.
(10838 views)