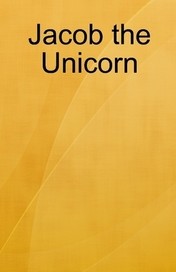 Jacob the Unicorn
by Stephen Boyer

Description:
Jacob is a contemporary young man who is seeking his path in the world. Jacob comes from an abusive upbringing - he wants life to radiate. The story is set primarily in California and Nicaragua - Jacob constantly seeks to escape from his misfortunes. Much of the story is set in Jacob's internal world where he fantasizes the good life, unicorns, and love. However, the reality surrounding Jacob is morbid and unjust - much like the Jewish experience the biblical Jacob is said to represent. Jacob wants to be able to identify himself so he can validate his human experience - however his life remains completely messy and ambiguous proving it nearly impossible to live within the boundaries society constructs.

Some Do Not...
by Ford Madox Ford - Duckworth and Co.
Christopher and Valentine are on the verge of becoming lovers until he must return to his WWI regiment. An unforgettable exploration of the tensions of a society confronting catastrophe, sexuality, power, madness, and violence.
(6061 views)

War in Heaven
by Charles Williams
Williams gives a contemporary setting to the traditional story of the Search for the Holy Grail. Examining the distinction between magic and religion, this book graphically portrays a metaphysical journey through the crevices of the human mind.
(4807 views)

What Lies Buried
by John Bishop - Smashwords
A story of family secrets and misunderstandings, and the way in which they impact down the generations. The notion of things being buried is a metaphor for all kinds of issues including, art fraud, family feuds, and holocaust survival.
(5169 views)