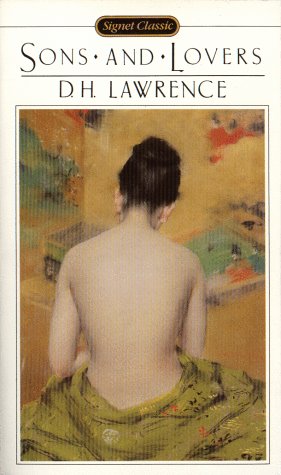 Description:
Sons and Lovers was the first modern portrayal of a phenomenon that later, thanks to Freud, became easily recognizable as the Oedipus complex. Never was a son more indentured to his mother's love and full of hatred for his father than Paul Morel, D.H. Lawrence's young protagonist. Never, that is, except perhaps Lawrence himself.

Twilight in Italy
by D. H. Lawrence - Duckworth and Co.
A brilliantly written travelogue. Lawrence embarked South, to Italy on foot with his German wife Frieda, and has described all his thrilling and interesting experiences. Leaving out the famous and the historical, he visits the suburbs...
(4609 views)

The Rainbow
by D. H. Lawrence - Random House
Most of the book is about the youth and coming to age of Ursula Brangwan. Lawrence's feeling for and understanding of his female characters is astounding, particularly when compared with that of other writers of his time.
(8723 views)

Aaron's Rod
by D. H. Lawrence - Heinemann
Lawrence's 1921 novel of protagonist Aaron Sisson also depicts the decline of civilization following World War I. The original manuscript was heavily edited to meet the morals of the time, but this edition restores the text to its pristine condition.
(11110 views)

The Trespasser
by D. H. Lawrence - Duckworth Overlook
The Trespasser is the second novel written by D. H. Lawrence. It drew upon the experiences of a friend of Lawrence, Helen Corke, and her adulterous relationship with a married man. Lawrence worked from Corke's diary, with Helen's permission.
(11488 views)