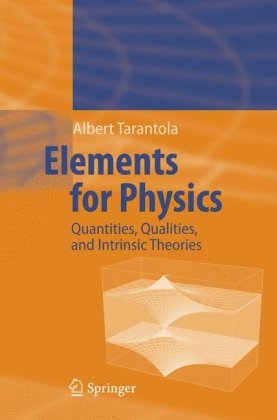 Description:
The book reviews and extends the theory of Lie groups, develops differential geometry, proposing compact definitions of torsion and of curvature, and adapts the usual notion of linear tangent application to the intrinsic point of view proposed for physics. As an illustration, two simple theories are studied with some detail, the theory of heat conduction and the theory of linear elastic media. The equations found differ quantitatively and qualitatively from those usually presented.

Step-by-Step BS to PhD Math/Physics
by Alex Alaniz - UC Riverside
These are step-by-verifiable-step notes which are designed to help students with a year of calculus based physics who are about to enroll in ordinary differential equations go all the way to doctoral foundations in either mathematics or physics.
(11898 views)

Introduction to Mathematical Physics
by Alex Madon - Wikibooks
The goal of this book is to propose an ensemble view of modern physics. The coherence between various fields of physics is insured by following two axes: a first is the universal mathematical language; the second is the study of the N body problem.
(8390 views)

Graph and Network Theory in Physics: A Short Introduction
by Ernesto Estrada - arXiv
Text consisting of some of the main areas of research in graph theory applied to physics. It includes graphs in condensed matter theory, such as the tight-binding and the Hubbard model. It follows the study of graph theory and statistical physics...
(8149 views)

Foundations Of Potential Theory
by Oliver Dimon Kellog - Springer
The present volume gives a systematic treatment of potential functions. It has a purpose to serve as an introduction for students and to provide the reader with the fundamentals of the subject, so that he may proceed immediately to the applications.
(5227 views)