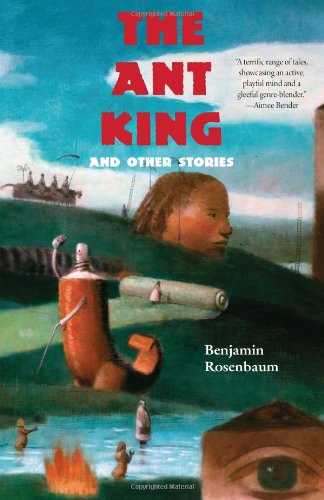 The Ant King and Other Stories
by Benjamin Rosenbaum

Description:
Rosenbaum's debut collection of 17 short stories. Most notable is World Fantasy Award–finalist A Siege of Cranes, which blends elements of horror, epic fantasy and religious mythology in the tale of a desperate man seeking a nightmarish enemy that has destroyed his village and killed his wife and child. Featuring outlandish and striking imagery throughout—a woman in love with an elephant, an orange that ruled the world—this collection is a surrealistic wonderland.

Mothers & Other Monsters
by Maureen F. McHugh - Small Beer Press
These stories offer poignant and sometimes heartwrenching explorations of personal relationships and their transformative power. Each story in this collection meditates in its own, odd way on the dynamics of families and the vagaries of being human.
(13956 views)

While the Billy Boils
by Henry Lawson - Angus & Robertson Ltd
A collection of Aussie historical short stories. Like the majority of Australians, Henry Lawson lived in a city, but had had plenty of experience in outback life, in fact, many of his stories reflected his experiences in real life.
(5847 views)

Devil Stories
by Maximilian J. Rudwin - Alfred A. Knopf, Inc
Of all the myths which have come down to us from the East, and of all the creations of Western belief, the personality of evil has had the strongest attraction for the mind of man. The Devil is the greatest enigma that has ever confronted us.
(11683 views)

The Entire Original Maupassant Short Stories
by Guy de Maupassant - Project Gutenberg
During his brief ten years career, Maupassant produced poetry, romances and novels, with the fertility of a master hand, to sink prematurely into the abyss of madness and death. This book contains all thirteen volumes of his original short stories.
(11909 views)