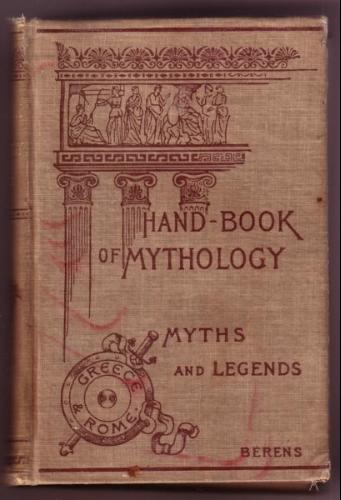 The Myths and Legends of Ancient Greece and Rome
by E. M. Berens

Description:
The author gives a lifelike picture of the deities of classical times as they were conceived and worshipped by the ancients themselves. From the contents: origin of the world, Uranus and Gæa, Cronus, Rhea, division of the world, theories as to the origin of man, Zeus, Hera, Pallas-Athene, Themis, Hestia, Demeter, Aphrodite, Helios, Eos, Phoebus-Apollo, Hecate, etc.

The Iliad and The Odyssey
by Homer - J. Johnson
Stories of love and war, hope and despair, and honor and glory, as relevant today as they were 2500 years ago. These two books are some of the most important books in the literary cannon, having influenced virtually every adventure tale ever told.
(21940 views)

The Childhood of Rome
by Louise Lamprey - Little, Brown, and Company
The tales of the founding of Rome are many and contradictory. There must have been heroic semi-savage figures like the Romulus of the legends, and the aim of the author has been to re-create the atmosphere and the surroundings in which they lived.
(7155 views)

The Nibelungenlied
- University College, Toronto
There is probably no poem of German literature that has been so much studied and discussed, as the 'Nibelungenlied'. In its present form it is a product of the age of chivalry, but it reaches back to the earliest epochs of German antiquity.
(10814 views)

1000 Mythological Characters Briefly Described
by Edward Sylvester Ellis - Hinds & Noble
Every people, no matter how degraded and sunken in barbarism, has some perception, some explanation of, and a more or less well-grounded belief in, a First Cause. Far back among the mists of antiquity, at the remotest beginnings ...
(7407 views)