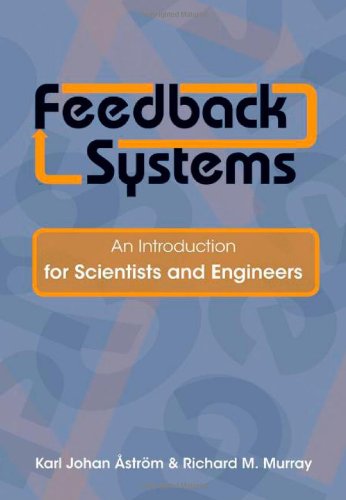 Description:
This book provides an introduction to the basic principles and tools for the design and analysis of feedback systems. It is intended to serve a diverse audience of scientists and engineers who are interested in understanding and utilizing feedback in physical, biological, information and social systems. A major goal of this book is to present a concise and insightful view of the current knowledge in feedback and control systems.

Lectures on Stochastic Control and Nonlinear Filtering
by M. H. A. Davis - Tata Institute of Fundamental Research
There are actually two separate series of lectures, on controlled stochastic jump processes and nonlinear filtering respectively. They are united however, by the common philosophy of treating Markov processes by methods of stochastic calculus.
(8241 views)

Control in an Information Rich World
by Richard M. Murray - Society for Industrial Mathematics
The prospects for control in the current and future technological environment. The text describes the role the field will play in commercial and scientific applications over the next decade, and recommends actions required for new breakthroughs.
(14577 views)