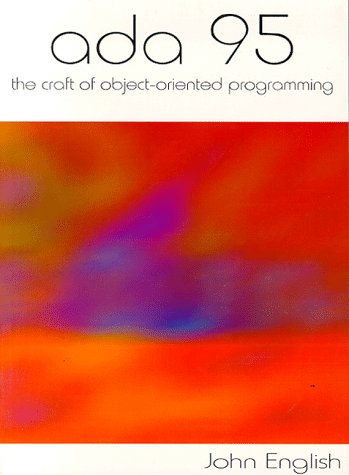 Ada 95: The Craft of Object-Oriented Programming
by John English

Description:
This book is a beginner’s introduction to Ada 95. It uses an example-driven approach that gradually develops small programs into large case-study type programs. The focus of this book is on using object-oriented approaches to write maintainable, extensive programs. Important and unique ADA features such as exception handling, user-defined types, procedures, functions, and packages are covered early in the text.

Ada 95: The Lovelace Tutorial
by David A. Wheeler - Springer
An introduction to Ada 95, a basic understanding of programming is assumed. Object-oriented facilities of Ada are covered in depth, and all of the essential features of Ada are covered thoroughly. Written for students and professional programmers.
(19490 views)

Introducing Ada 95
by John Barnes
Ada is a language of special value in the development of large programs which must work reliably. This document introduces Ada 95, which increases the flexibility of Ada making it applicable to wider domains but retains the inherent reliability.
(19174 views)

Ada Distilled
by Richard Riehle - AdaWorks
An introduction for experienced programmers new to Ada. The text highlights some key features of the language, with coded examples. It emphasizes syntax, control structures, subprogram rules, and how-to coding issues rather than design issues.
(15313 views)