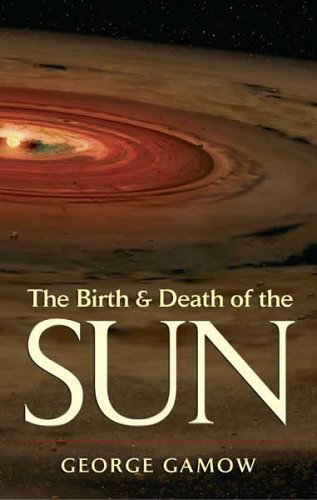 The Birth And Death Of The Sun
by George Gamow

Description:
In this fascinating book, a renowned physicist outlines the discoveries and theories that illuminate the evolution of our world. One of the founders of Big Bang theory, George Gamow employs language that's both scientifically accurate and easy to understand as he traces the development of atomic theory. 1940 edition.

Images of the Solar Upper Atmosphere From SUMER on SOHO
by Uri Feldman, at al. - ESA Publications Division
Investigations of the heating of the corona and the acceleration of the solar wind are two of the prime scientific goals in studying the solar upper atmosphere with the Solar and Heliospheric Observatory (SOHO) of ESA and NASA.
(10427 views)

The Birth and Death of Stars
by James Schombert - University of Oregon
This course studies the birth, evolution and death of stars in our galaxy, emphasizing the underlying science behind stellar and galactic evolution, the observational aspect and our knowledge of how the Universe operates on the stellar scale.
(11170 views)

Massive Stars and their Supernovae
by F. Thielemann, R. Hirschi, M. Liebendorfer, R. Diehl - arXiv
The authors focus on the astrophysical aspects, i.e. a description of the evolution of massive stars and their endpoints, with a special emphasis on the composition of their ejecta in form of stellar winds during the evolution or of explosive ejecta.
(8851 views)