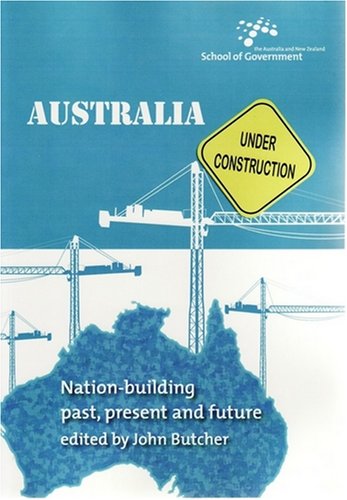 Australia Under Construction
by John Butcher

Description:
The Australian nation is a work in progress, concluded the authors of this monograph. They reflect on these, and other themes from a variety of perspectives. A stimulating read for anyone interested in the history, prospects and challenges of nation-building in Australia.

The Conservative Nanny State
by Dean Baker - ManyBooks
Economist Dean Baker debunks the myth that conservatives favor the market over government intervention. In fact, conservatives rely on a range of 'nanny state' policies that ensure the rich get richer while leaving most Americans worse off.
(6050 views)

The National Interest and the Law of the Sea
by Scott G. Borgerson - Council on Foreign Relations Press
This report offers a fresh appraisal of the 1982 Convention on the Law of the Sea and pitfalls in light of the current geopolitical seascape and examines whether it is in U.S. strategic interests to now officially join the convention.
(10459 views)