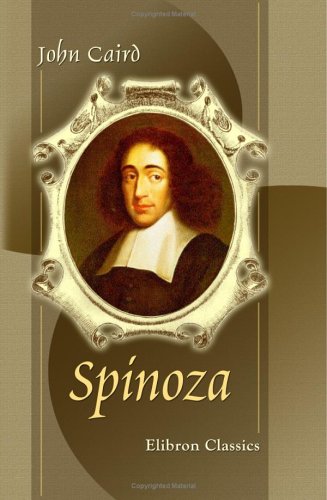 Description:
THE materials which the author had prepared for this book were found greatly to exceed the limits assigned to it. He has therefore, besides other parts of his plan to which special reference need not here be made, been compelled to leave out the account of Spinoza's life and letters, and to confine the work to an examination of his philosophical system. This is the less to be regretted that the life has been so fully narrated in the recent works of Mr Pollock and Dr Martineau. These works contain, also, very able and elaborate expositions of the Spinozistic philosophy, but this book attempts to deal with that philosophy from a point of view different from that of either of these writers.

The Science of Right
by Immanuel Kant
The Science of Right has for its object the principles of all the laws which it is possible to promulgate by external legislation. Where there is such a legislation, it becomes, in actual application to it, a system of positive right and law.
(8429 views)

Modern Philosophy
by Walter Ott, Alex Dunn - BCcampus
This is a textbook in modern philosophy. It combines readings from primary sources with two pedagogical tools. Paragraphs in italics introduce figures and texts. Numbered study questions ask students to reconstruct an argument from the text.
(5150 views)

Thinking and Killing: Philosophical Discourse in the Shadow of the Third Reich
by Alon Segev - De Gruyter
This book explores the phenomenon of the Third Reich from a philosophical perspective. It concentrates on how Nazi Germany, the Holocaust and Anti-Semitism are conceived by eight German thinkers, exploring the tension between ideology and philosophy.
(5622 views)