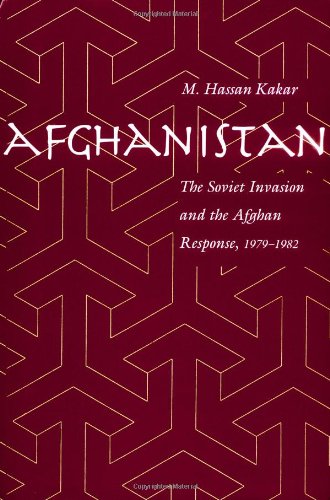 Afghanistan: The Soviet Invasion and the Afghan Response, 1979-1982
by Mohammed Kakar

Description:
The author is a well-respected Afghan historian who has published several volumes detailing Afghan history and who spent five years in a Kabul prison for his outspoken opposition to the Soviet occupation. Readers gain a deeper understanding of the complex issues that led to this conflict from someone who has for years lived and studied Afghan society, culture, and politics. By the time the Soviets withdrew, every ninth Afghan had died, every seventh has been disabled, every third had fled abroad. From Kakar the true horror of this unfortunate conflict is revealed.

Arabia: The Cradle Of Islam
by Samuel Zwemer - F. H. Revell company
The ethnological, geographical, archeological, and political information of this text brings to our hands a valuable and readable summary of facts, and quicken an interest in one of the great religious and international problems of our times.
(20127 views)

Occupying Iraq: A History of the Coalition Provisional Authority
by James Dobbin - RAND Corporation
The American engagement in Iraq has been looked at from many perspectives: the flawed intelligence that provided the war's rationale, the failed effort to secure an international mandate, the rapid success of the invasion, etc.
(12646 views)

A History of the Babylonians and Assyrians
by George Stephen Goodspeed - Scribner
As an introduction to the ancient history of Iraq, this book has stood the test of time. The reader is given a detailed history of the Old Babylonian, Assyrian, and Neo-Babylonian Empires. The book is consistently cited as a helpful introduction...
(8443 views)