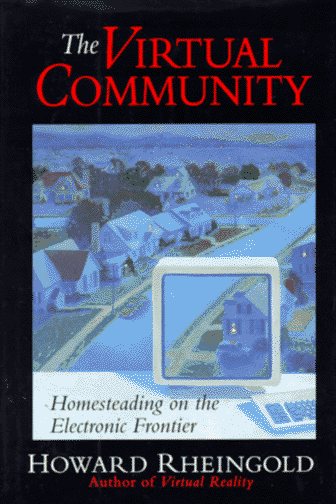 The Virtual Community: Homesteading on the Electronic Frontier
by Howard Rheingold

Description:
Howard Rheingold has been called the First Citizen of the Internet. In this book he tours the "virtual community" of online networking. He describes a community that is as real and as much a mixed bag as any physical community -- one where people talk, argue, seek information, organize politically, fall in love, and dupe others. At the same time that he tells moving stories about people who have received online emotional support during devastating illnesses, he acknowledges a darker side to people's behavior in cyberspace.

NetLingo: The Internet Dictionary
by Erin Jansen - NetLingo
NetLingo has thousands of definitions that explain the online world of business, technology, and communication including the largest collection of Internet acronyms and text messaging shorthand ;-) We cater to students, teachers, parents, gamers...
(6570 views)

Zen and the Art of the Internet
by Brendan P. Kehoe
The legendary best-selling Internet introduction is now fully-updated with coverage of the World Wide Web and much more. For years, Internet experts have referred newcomers to this book as the single best way to get started on the Internet.
(6494 views)

NetWorld!: What People are Really Doing on the Internet
by David H. Rothman - Prima Communications
The Net is revolutionizing the way millions of people work, learn, fall in love, create art, do business, make friends, and entertain themselves. Rothman explores this new electronic meeting place, as well as the controversy that threatens it ...
(5113 views)

Atlas of Cyberspace
by Martin Dodge, Rob Kitchin - Pearson Education
The authors show off a wide range of possibilities in representing the data existing on the Internet. Since so many of these models were created to display never-before-charted territories, the book is largely devoted to analyzing their accuracy.
(12698 views)