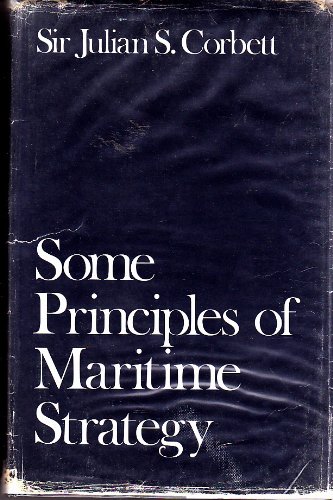 Some principles of maritime strategy
by Julian Stafford Corbett

Description:
Before we start upon the study of strategy we seek a chart which will show us at a glance what exactly is the ground we have to cover and what are the leading features which determine its form and general characteristics. Such a chart a "theory of war" alone can provide. It is for this reason that in the study of war we must get our theory clear before we can venture in search of practical conclusions.

Strategy in the Missile Age
by Bernard Brodie - RAND Corporation
The book was written during the dawn of the nuclear age, when the advent of intercontinental ballistic missiles necessitated a massive rethinking of military strategy and power. Originally published in 1959, it retains ample relevance today.
(8137 views)

Collective Defense or Strategic Independence
by Ted Galen Carpenter (ed.) - Cato Institute
The doctrine of collective defense has governed U.S. foreign policy for more than four decades and has enjoyed public consensus. But now prominent figures on both the left and the right are advocating a new look at America's global commitments.
(3337 views)

The Strategy of Indirect Approach
by B.H. Liddell Hart - Faber and Faber Ltd.
The new edition of the strategy of indirect approach first written in 1929. In the years following its publication, World War II has provided further examples of the superiority of the indirect over the direct approach.
(19634 views)