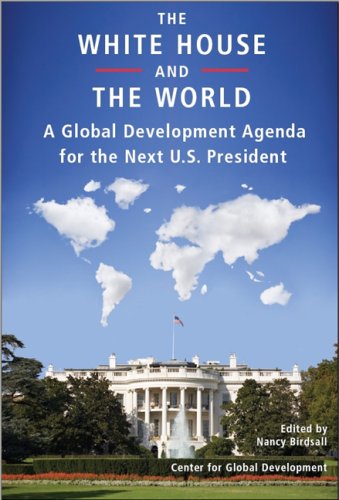 The White House and the World
by Nancy Birdsall

Description:
The Center for Global Development has a track record of providing important insights into how the United States can improve global development policy and thereby tackle some of the world's most intractable problems. This book continues that tradition and helps advance our understanding about how the next administration can improve a critical arm of our global engagement.

The Bubble That Broke the World
by Garet Garrett - Ludwig von Mises Institute
This book blows away the conventional interpretations of the crash of 1929, not only in its contents but that this book exists at all. It ascribes the crash to the pile of up debt, which in turn was made possible by the Fed printing machine.
(9070 views)

Outline of the U.S. Economy
by Peter Behr - U.S. Department of State
The financial crash of 2008 brought a sudden halt to a quarter-century of U.S.-led global economic growth. The U.S. economy of the 21st century little resembles that of the 18th, but acceptance of change and embrace of competition remain unchanged.
(7271 views)

A Century of War
by John V. Denson - Ludwig Von Mises Institute
The book covers the history of America's large wars from 1860 through the Cold War, describing the 20th century as the bloodiest in all history. Denson recounts how the wars came about through a series of deceitful political ploys.
(15915 views)