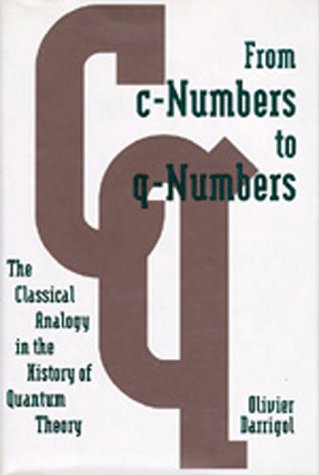 Preludes to Dark Energy: Zero-point energy and vacuum speculations
by Helge Kragh - arXiv
Although dark energy is a modern concept, some elements in it can be traced back to the early part of the twentieth century. This paper examines the origin of the idea of zero-point energy and in particular how it appeared in a cosmological context.
(7409 views)

Geometry and Astronomy: Pre-Einstein Speculations of Non-Euclidean Space
by Helge Kragh - arXiv
The recognition that physical space is curved is dramatically shown by the 1919 solar eclipse measurements. However, the mathematical possibility of non-Euclidean geometries was recognized by Gauss more than a century earlier ...
(7376 views)

Lawrence and His Laboratory: A History of the Lawrence Berkeley Laboratory
by J. L. Heilbron, Robert W. Seidel - University of California Press
The Radiation Laboratory in Berkeley, California, was the birthplace of particle accelerators, radioisotopes, and modern big science. This volume is a saga of physics and finance in the Great Depression, when a new kind of science was born.
(11738 views)

Galileo and Einstein
by Michael Fowler - UVa
This course traces the historical development of some key scientific ideas: space, time, motion, mass and force. Philosophers, and more practical people, have struggled with these concepts since the earliest recorded times ...
(7880 views)