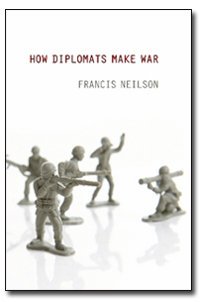 Description:
The first truly revisionist account of the origins of World War I to appear in English. The thesis is that Germany didn't bear some unique guilt for the war. There was plenty of blame to go around but ultimately its rests with the arms build and secret diplomacy of Britain.

Ten Girls from History
by Kate Dickinson Sweetser - Duffield & Company
About the lives of girls who achieved some noteworthy success during youth. More attention is paid to accuracy of fact than to the interesting romances, in the hope that this volume may be used as an introduction to the more detailed documents.
(11504 views)

The Ancient East
by D. G. Hogarth - H. Holt
The area we shall survey in 1000 B.C. and re-survey at intervals, contains Western Asia bounded eastwards by a line drawn from the Persian Gulf to the Caspian Sea. This area is marked off by seas on three sides and by desert on the fourth side.
(17816 views)