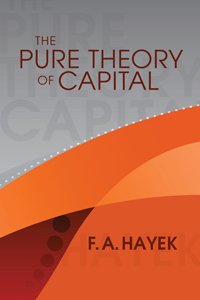 The Pure Theory of Capital
by Friedrich A. Hayek

Description:
The greatest failing of non-Austrians theories of macroeconomics, it's been said, is that they lack a robust theory of capital. F.A. Hayek sought to fill out the theory of the business cycle with an impenetrable one, and the result was this remarkable 1941 treatise. It took him many years to write. It is surely his most detailed work in economic theory.

Historical Economics: Art or Science?
by Charles P. Kindleberger - University of California Press
The essays cover a range of historical periods and also include European history and explorations of long-run changes in the American economy. Economists and historians will consult this powerful argument for the importance of historical economics.
(13447 views)

Capital as Power: A Study of Order and Creorder
by Jonathan Nitzan, Shimshon Bichler - Routledge
The authors address the old theoretical conundrum in political economy -- the theory of capital -- with a view to supplying a more satisfactory answer to the question 'what is capital?' The work fits into the tradition of radical political economy.
(11253 views)

The Secret Sins of Economics
by Deirdre McCloskey - Prickly Paradigm Press
In this pamphlet, McCloskey reveals what she sees as the secret sins of economics (there are two) that no one will discuss. In her view, these sins cripple economics as a scientific enterprise. She writes with passion and an unusually wide scope.
(12060 views)