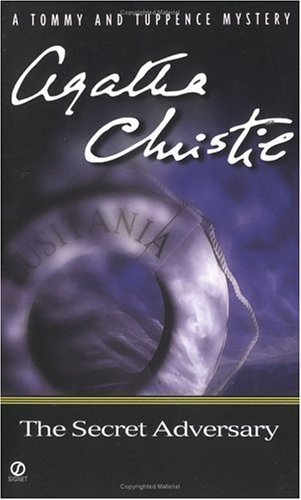 Description:
The Secret Adversary is a work of detective fiction by Agatha Christie and first published in January 1922. The book introduces the characters of Tommy and Tuppence who feature in several other Christie books and stories throughout her writing career.

The Borough Treasurer
by J.S. Fletcher - Grosset & Dunlap
This is a quite readable and well-plotted murder mystery without the customary clever detective who puts it all together. Instead the plot unrolls before the reader as it happens, but not without a few surprises and interesting twists.
(7065 views)

Bicycle Shop Murder
by Robert Burton Robinson
Greg Tenorly is selected as a juror for a murder trial. By the end of the first week, three people connected with the case are dead, and Greg is beginning to fear for his own life. His investigation might earn him a spot at the top of the hit list.
(12849 views)

Ten Thousand Suspects
by Rayanda - RayandaArts
A hiker plunges to his death, a child is kidnapped and a man has his throat slashed to keep him from telling secrets that lure stolen art sleuth, Rane Lavita, and her pal, Chanlee, into the labyrinthine underbelly of the lucrative world of forgeries.
(8251 views)