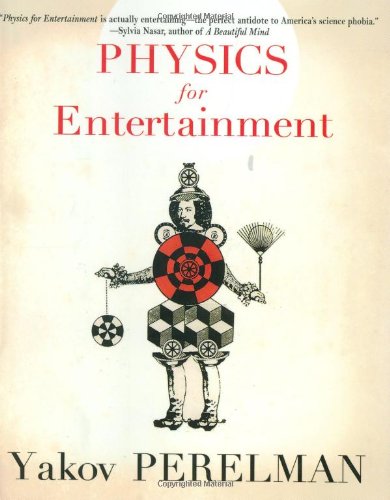 Physics for Entertainment
by Yakov Perelman

Description:
Conundrums, brain-teasers, entertaining anecdotes, and unexpected comparisons. Published in 1913, a best-seller in the 1930s and long out of print, Physics for Entertainment was translated from Russian into many languages and influenced science students around the world.

Modelling Rationality... and Beyond the Physics
by Gh. C. Dinulescu-Campina - American Research Press
The author is convinced that the Platonic theory of reminiscence is not a mere speculation, and the meaning of the spirit of science is the expression of a natural phenomenon which in the sense of the MESER concept is called revelation.
(13694 views)

Order-of-Magnitude Physics
by P. Goldreich, S. Mahajan, S. Phinney - University of Cambridge
This book teaches the art of approximation: dimensional analysis, guessing, and lying. To illustrate these techniques, we study the physics of everyday phenomena. The audience for the book includes graduates and upper-level undergraduates in physics.
(12508 views)

What is Motion
by Boris Dmitriev - QuantaOfMotion.com
The author created the universal theory of motion meeting the requirements of natural science that continuously grow. A reader is supposed to have sufficient knowledge of general problems of modern physics to comprehensively read this study.
(20785 views)