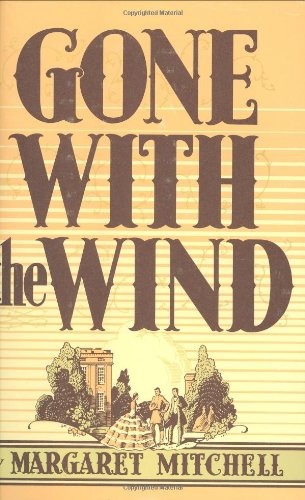 Gone with the Wind
by Margaret Mitchell

Description:
Margaret Mitchell's epic novel of love and war won the Pulitzer Prize and went on to give rise to two authorized sequels and one of the most popular and celebrated movies of all time. Many novels have been written about the Civil War and its aftermath. None take us into the burning fields and cities of the American South as Gone With the Wind does, creating haunting scenes and thrilling portraits of characters so vivid that we remember their words and feel their fear and hunger for the rest of our lives.

May Flowers
by Louisa May Alcott - Little, Brown, and Company
Being Boston girls, of course they got up a club for mental improvement, and, as they were all descendants of the Pilgrim Fathers, they called it the May Flower Club. Six girls who were members of it made a very pretty posy when they met together.
(6331 views)

Jane Eyre
by Charlotte Bronte - Harper & Brothers
Grown up as an orphan with her cruel aunt and at a charity school, Jane Eyre becomes an independent survivor. This powerful novel by Charlotte Bronte has dazzled generations of readers with its story of a woman's quest for freedom.
(17659 views)

Claimed
by K.R. Smith - Smashwords
Jessica is coming back from a camping trip in Alaska, when she meets the tall and handsome Flint. They chat in a bar during a rest stop, which ultimately changes the rest of her life. Imaginations run wild, in this supernatural, romance novella.
(8788 views)

Simon Called Peter
by Robert Keable - ManyBooks
The glamour of no other evil thing is stronger than the glamour of war. This tale of a priest's wartime affair with a young nurse is 'an astounding novel, the most delicate, the most beautiful, and the most outspoken love story of modern fiction.'
(9835 views)