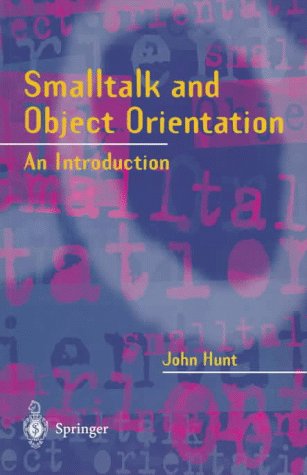 Smalltalk and Object Orientation: An Introduction
by John Hunt

Description:
This book is intended as an introduction to object-orientation for 2nd, 3rd and 4th year computer science and software engineering students or those actively involved in the software industry. John Hunt adopts a 'hands on' approach providing a thorough introduction to O-O as well as to the language itself.

Smalltalk-80: The Language and its Implementation
by Adele Goldberg, David Robson - Addison-Wesley
The book is an overview of the concepts and syntax of the programming language, and an annotated and illustrated specification of the system's functionality. The book gives an example of the design and implementation of a moderate-size application.
(19506 views)

Smalltalk: An Introduction to Application Development Using VisualWorks
by Trevor Hopkins, Bernard Horan - Prentice Hall
A complete guide to Smalltalk-80, containing everything a user should know to start constructing applications. A very important language for those interested in object-oriented programming, one of the hot areas in software engineering.
(14634 views)

Computer Programming using GNU Smalltalk
by Canol Goekel - Lulu.com
This book tries a different approach for teaching introductory computer programming than most other books by choosing Smalltalk as the programming language. A language which is mature and powerful yet not as widely used as some popular alternatives.
(13368 views)

Smalltalk by Example: The Developer's Guide
by Alec Sharp - Mcgraw-Hill
This book is written for people who want to become productive in Smalltalk programming in as short a time as possible. The book presents the information that the reader needs in order to understand the concepts and the capabilities of Smalltalk.
(14520 views)