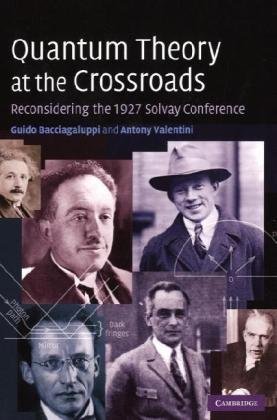 Quantum Theory at the Crossroads
by Guido Bacciagaluppi, Antony Valentini

Description:
We reconsider the crucial 1927 Solvay conference in the context of current research in the foundations of quantum theory. Contrary to folklore, the interpretation question was not settled at this conference and no consensus was reached; instead, a range of sharply conflicting views were presented and extensively discussed.

Albert Einstein: Image and Impact
- American Institute of Physics
His theories and philosophy rose above a turbulent life. The story, checked for accuracy by leading historians, will interest all readers. Enhanced with striking pictures, voice clips, and essays, this is a one-stop source for Einstein information.
(20723 views)

Geometry and Astronomy: Pre-Einstein Speculations of Non-Euclidean Space
by Helge Kragh - arXiv
The recognition that physical space is curved is dramatically shown by the 1919 solar eclipse measurements. However, the mathematical possibility of non-Euclidean geometries was recognized by Gauss more than a century earlier ...
(7365 views)

Lord Kelvin
by Andrew Gray - J. M. Dent & Co.
The aim of the volume is to give an account of Lord Kelvin's life of scientific activity, and to explain to the student, and to the general reader who takes an interest in physical science and its applications, the nature of his discoveries.
(9098 views)