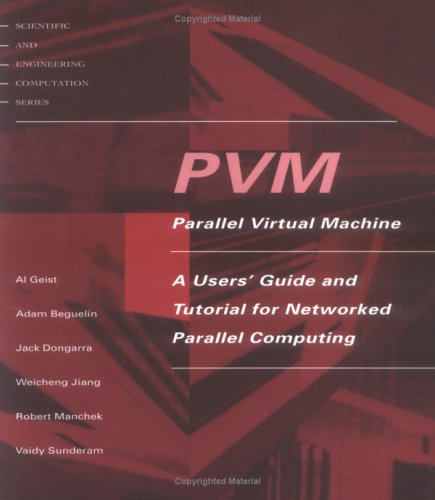 Description:
Written by the team that developed the software, this tutorial is the definitive resource for scientists, engineers, and other computer users who want to use PVM to increase the flexibility and power of their high-performance computing resources. PVM introduces distributed computing, discusses where and how to get the PVM software, provides an overview of PVM and a tutorial on setting up and running existing programs, and introduces basic programming techniques including putting PVM in existing code.

Parallel Complexity Theory
by Ian Parberry - Prentice Hall
The rapid growth of parallel complexity theory has led to a proliferation of parallel machine models. This book presents a unified theory of parallel computation based on a network model. It is the first such synthesis in book form.
(7790 views)

Parallel and Distributed Computation: Numerical Methods
by Dimitri P. Bertsekas, John Tsitsiklis - Athena Scientific
This is a comprehensive and theoretically sound treatment of parallel and distributed numerical methods. It focuses on algorithms that are naturally suited for massive parallelization, and it explores the issues associated with such algorithms.
(9700 views)

Programming on Parallel Machines
by Norm Matloff - University of California, Davis
This book is aimed more on the practical end of things, real code is featured throughout. The emphasis is on clarity of the techniques and languages used. It is assumed that the student is reasonably adept in programming and linear algebra.
(7312 views)