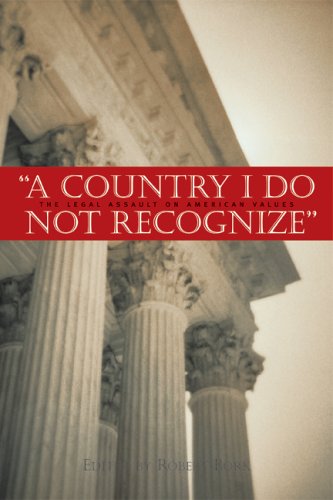 A Country I Do Not Recognize: The Legal Assault On American Values
by Robert H. Bork

Description:
During the past forty years, activists have used the court system to accomplish policy results that could not otherwise be obtained through the ordinary political processes. In these essays, the authors show how these legal decisions have undermined America's sovereignty and values. They reveal how international law challenges American beliefs and interests and exposes U.S. citizens to legal and economic risks.

Basic Home Security
by Jacobus Kotze
This is a short article on the different ways to protect your house against armed robbers. Written for the South African market it may sound extreme to the rest of the world but gives valuable guidance which is applicable everywhere.
(5978 views)

Courts and Criminals
by Arthur Train - Project Gutenberg
It is unquestionably a generally accepted principle that it is better that ninety-nine guilty men should escape than that one innocent man should be convicted. This book presents a guide to procedures and practices in criminal courts.
(12571 views)