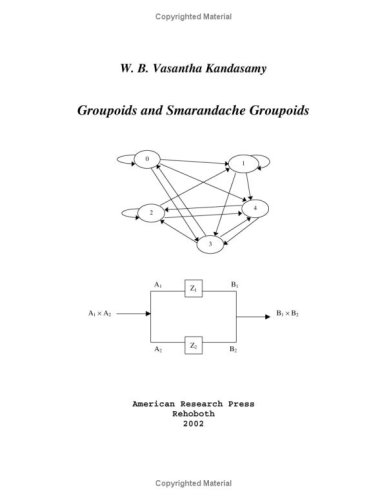 Groupoids and Smarandache Groupoids
by W. B. Vasantha Kandasamy

Notes on Categories and Groupoids
by P. J. Higgins - Van Nostrand Reinhold
A self-contained account of the elementary theory of groupoids and some of its uses in group theory and topology. Category theory appears as a secondary topic whenever it is relevant to the main issue, and its treatment is by no means systematic.
(13378 views)

Galois Groups and Fundamental Groups
by Leila Schneps - Cambridge University Press
This book contains eight articles which focus on presenting recently developed new aspects of the theory of Galois groups and fundamental groups, avoiding classical aspects which have already been developed at length in the standard literature.
(11927 views)

Lectures on Semi-group Theory and its Application to Cauchy's Problem in Partial Differential Equations
by K. Yosida - Tata Institute of Fundamental Research
In these lectures, we shall be concerned with the differentiability and the representation of one-parameter semi-groups of bounded linear operators on a Banach space and their applications to the initial value problem for differential equations.
(10343 views)