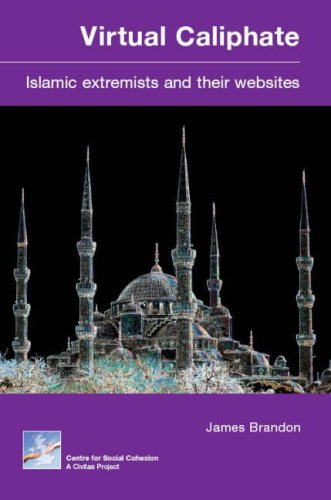 Virtual Caliphate: Islamic Extremists and Their Websites
by James Brandon

Description:
Islamic extremists increasingly see the internet as one of their most important weapons, allowing them to communicate with their supporters and win new followers around the world. Virtual Caliphate shows how Islamic extremists in the United Kingdom have established dedicated websites in order to circumvent British anti-terrorism measures introduced after July 2005.

The Transnational Dimension of Cyber Crime and Terrorism
by Abraham D. Sofaer, Seymour E. Goodman - Hoover Institution Press
The worldwide information infrastructure is today increasingly under attack by cyber criminals and terrorists. These attacks threaten the substantial and ever-growing reliance of commerce, governments, and the public upon the new technology.
(10909 views)

Dealing with Uncertainties in Policing Serious Crime
by Gabriele Bammer - ANU Press
Grappling with uncertainties is at the heart of investigating serious crime. At a time when such crime is becoming more complex, this book draws together research perspectives to review approaches to uncertainties and to chart the way forward.
(6145 views)

The Nation Behind Prison Bars
by George L. Herr - Carter printing company
There are enough people in prison in these United States to furnish a citizenship to a considerable territory, or to populate a good-sized city. For the psychological student, they form the most interesting of all objects of study.
(7349 views)

Simple Justice
by Charles Murray - Civitas Book Publisher
The celebrated American sociologist Charles Murray provides an uncompromising restatement and defence of the backward-looking, retributive justification of criminal punishment. He also makes an impassioned plea for England to revert to this approach.
(11619 views)