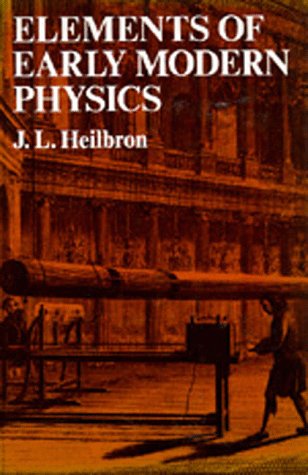 Description:
Part 1 is a very general and discursive survey of 17th century physics; Part 2 is a valuable comparison of the various institutional settings in which 17th and 18th century scientists worked; Part 3, the heart of the book, is a history of electricity up to about 1800.

Quantum Theory at the Crossroads
by Guido Bacciagaluppi, Antony Valentini - Cambridge University Press
1927 Solvay conference reconsidered. Contrary to folklore, the interpretation question was not settled at this conference and no consensus was reached; instead, a range of sharply conflicting views were presented and extensively discussed.
(10923 views)

Albert Einstein: Image and Impact
- American Institute of Physics
His theories and philosophy rose above a turbulent life. The story, checked for accuracy by leading historians, will interest all readers. Enhanced with striking pictures, voice clips, and essays, this is a one-stop source for Einstein information.
(20745 views)

Lawrence and His Laboratory: A History of the Lawrence Berkeley Laboratory
by J. L. Heilbron, Robert W. Seidel - University of California Press
The Radiation Laboratory in Berkeley, California, was the birthplace of particle accelerators, radioisotopes, and modern big science. This volume is a saga of physics and finance in the Great Depression, when a new kind of science was born.
(11738 views)