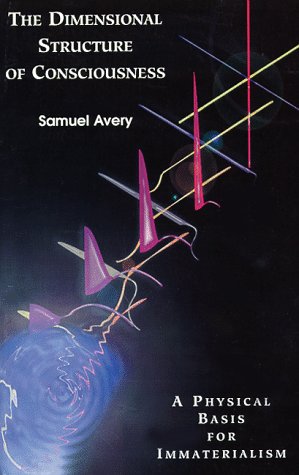 The Dimensional Structure of Consciousness
by Samuel Avery

Description:
The Dimensional Structure of Consciousness is a radical interpretation of modern physics. Rather than consciousness existing in space and time, it is suggested that the strange phenomena associated with quantum and relativity physics are better understood if space and time are structures within consciousness. Light is vision itself. Matter does not exist outside of consciousness. Mass is a second time dimension. This book is written for the educated layman as well as for the professional.

Unification in One Dimension
by David J. Jackson - arXiv
A physical theory of the world is presented under the unifying principle that all of nature is laid out before us and experienced through the passage of time. The one-dimensional progression in time is opened out into a multi-dimensional flow ...
(4814 views)

Unfolding the Labyrinth: Open Problems in Mathematics, Physics, Astrophysics
by Florentin Smarandache, at al. - arXiv
Throughout this book, the authors discuss some open problems in various branches of science, including mathematics, theoretical physics, astrophysics, geophysics, etc. Some parts of these problems may be found useful for scholarly stimulation.
(18921 views)

The New Physics and Its Evolution
by Lucien Poincare - D. Appleton and Company
This book, while avoiding purely technical details, tries to make known the general results at which physicists have lately arrived, and indicates the direction and import which should be ascribed to those speculations on the constitution of matter.
(15150 views)

GRE Physics Test Practice Book
- Educational Testing Service
The test consists of approximately 100 five-choice questions, based on diagrams, experimental data, and descriptions of physical situations. Questions can be answered on the basis of a mastery of the first three years of undergraduate physics.
(14220 views)