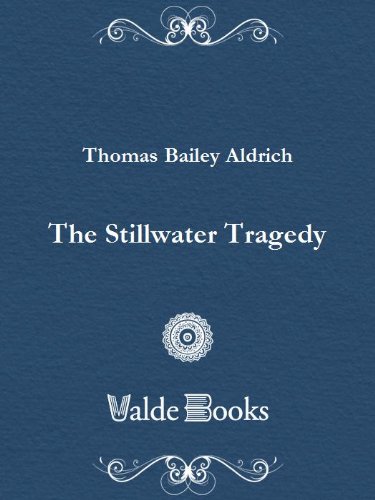 Description:
This novel is believed to be the first in which a detective appears in English literature. The story is about a murder accusation. Aldrich writes in a straightforward, realistic style with stunningly majestic language. Full of suspense and thrill, the book is an interesting and enjoyable reading experience.

One Deadly Sister
by Rod Hoisington - Smashwords
An almost-too-clever young law student reluctantly attempts to rescue her estranged brother who is caught up in woman-trouble and a murder charge down in a hostile Florida town. He isn't looking for trouble but doesn't have a clue about women.
(7585 views)

Watching For The Green Flash
by R.T. Hamilton Brown - Smashwords
This novel is a mystery with subtle overtones of humor. A wee bit of a road trip, and a totally wild and crazy read. Recommended for anyone who hates complicated stories that require a score card to keep track of all the players.
(5831 views)

The Barrel Mystery
by William J. Flynn - The James A. McCann Co.
... Mrs. Conners raised the coat. Quickly she let it drop and screamed. There was a man's body crushed into the barrel. The body was in a doubled-up position, both feet and one hand sticking over the rim of the barrel ...
(6472 views)