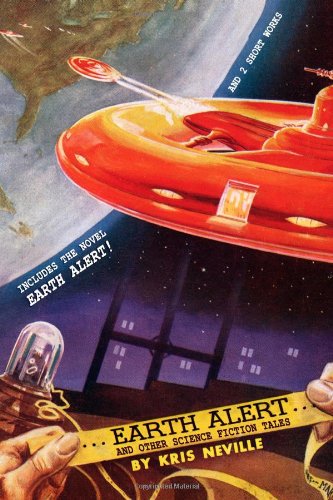 Description:
Kris Neville (1925-1980) was an American science fiction writer. His most famous work, "Bettyann" (1970) is considered an underground classic of science fiction. This etext was produced from Imagination Stories of Science and Fantasy February 1953.

The Truth Stone
by CL Sumruld - Smashwords
Satellite research by the World Creationist Society detects a strange geological anomaly in Crab Orchard, Tennessee. A crew of zany Tennessee hillbilly rock pickers are slabbing sandstone in a quarry where even the goats start acting strange.
(8847 views)

Mindforger
by K.Z. Freeman - Smashwords
If you saw how the world will die, what would you do? What could you do? Max Byron is the proxy of a living God, and his God hates him. Or so it would seem. Given the power to bend men to his will, Max scours the world and does his master's bidding.
(8226 views)

Blind Spot
by Bascom Jones - Galaxy Science Fiction
Our civilization predates that of Earth's by millions of years. We are an advanced, peaceful race. Yet, since Earth's first rocket landed here thirteen years ago, we have been looked upon as freaks and contemptuously called 'bug-men' behind our backs!
(10497 views)