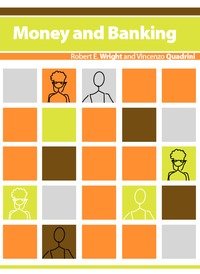 Denationalisation of Money
by F. A. Hayek - Coronet Books
The author argues that the government monopoly of money must be abolished to stop recurring periods of inflation and deflation. Abolition is also the cure for the recurring waves of unemployment and depression attributed to 'capitalism'.
(10448 views)

The Causes of the Economic Crisis
by Ludwig von Mises - Ludwig von Mises Institute
The author presents his business cycle theory, applies it to the prevailing conditions, and discusses the policies that governments undertake that make recessions worse. He recommends a monetary reform that would provide a sustainable prosperity.
(13457 views)

The Case for Gold
by Ron Paul - Ludwig von Mises Institute
The book covers the history of gold in the US, explains that its breakdown was caused by governments, and explains the merit of having sound money: prices reflect market realities, government stays in check, and the people retain their freedom.
(13136 views)