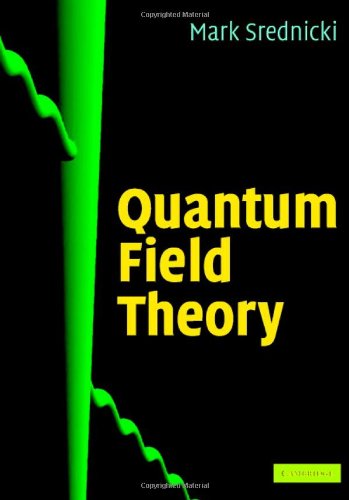 Description:
This accessible and conceptually structured introduction to quantum field theory will be of value not only to beginning students but also to practicing physicists interested in learning or reviewing specific topics. The material is presented in an intuitively clear and informal style.

Introductory Lectures on Quantum Field Theory
by Luis Alvarez-Gaume, Miguel A. Vazquez-Mozo - arXiv
In these lectures we present a few topics in Quantum Field Theory in detail. Some of them are conceptual and some more practical. They have been selected because they appear frequently in current applications to Particle Physics and String Theory.
(7464 views)

Quantum Field Theory on Noncommutative Spaces
by Richard J. Szabo - arXiv
An introduction to noncommutative quantum field theory is presented, with emphasis on those properties that are intimately tied to string theory and gravity. Topics covered include the Weyl-Wigner correspondence, noncommutative Feynman diagrams, etc.
(11012 views)