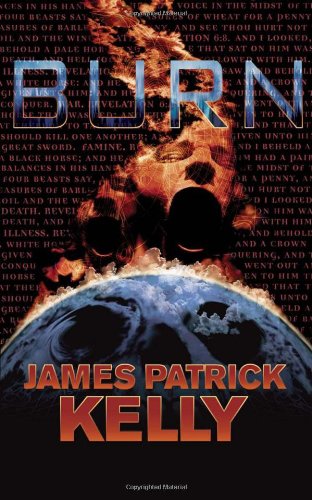 Description:
Simplicity ain't what it used to be. The tiny planet of Morobe's Pea has been sold, and the new owner has a few ideas. He has renamed it Walden, and voluntary simplicity is now the rule. It will become a rural paradise for everyone who embraces Thoreau's philosophy. But the previous tenants have their own ideas.

The Alien
by Raymond F. Jones - Gerard Arthus
Speculate for a moment on the enormous challenge to archaeology when interplanetary travel is possible, and relics are found of a race extinct for half a million years! A race that was so far in advance that they held the secret of life restoration!
(12987 views)

Triplanetary
by E. E. Smith - Fantasy Press
The novel covers several episodes in an eons-long human breeding project by the super-intelligences of the Arisians. This alien race is breeding two genetic lines to become the ultimate weapon in Arisia's cosmic war with their arch-enemies ...
(3111 views)

The Test Colony
by Winston K. Marks - If Worlds of Science Fiction
As official recorder, I was trying to think of words suitable to capture the magnificence, the sheer loveliness of the planet which would be our home for at least four years, perhaps forever. Benson did his best to keep his colony from going native.
(3214 views)

Star Dragon
by Mike Brotherton - Tor Books
A probe launched in the late twenty-first century to the dwarf nova SS Cygni has sent back hours of video, including a few minutes that show a serpentine form not only twisting lazily but also turning in a purposive way suggestive of intelligence.
(5608 views)