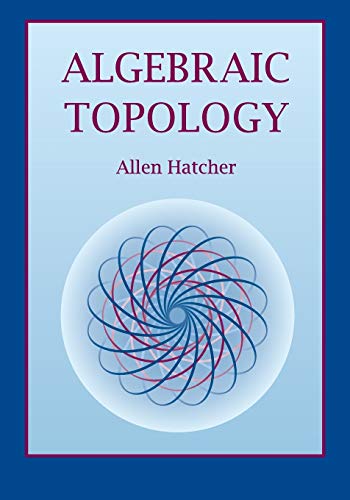 Description:
In most major universities one of the three or four basic first-year graduate mathematics courses is algebraic topology. This introductory text is suitable for use in a course on the subject or for self-study, featuring broad coverage and a readable exposition, with many examples and exercises. The four main chapters present the basics: fundamental group and covering spaces, homology and cohomology, higher homotopy groups, and homotopy theory generally. The author emphasizes the geometric aspects of the subject, which helps students gain intuition. A unique feature is the inclusion of many optional topics not usually part of a first course due to time constraints: Bockstein and transfer homomorphisms, direct and inverse limits, H-spaces and Hopf algebras, the Brown representability theorem, the James reduced product, the Dold-Thom theorem, and Steenrod squares and powers.

H Ring Spectra and Their Applications
by R. R. Bruner, J. P. May, J. E. McClure, M. Steinberger - Springer
This volume concerns spectra with enriched multiplicative structure. It is a truism that interesting cohomology theories are represented by ring spectra, the product on the spectrum giving rise to the cup products in the theory.
(8713 views)

Topics in topology: The signature theorem and some of its applications
by Liviu I. Nicolaescu - University of Notre Dame
The author discusses several exciting topological developments which radically changed the way we think about many issues. Topics covered: Poincare duality, Thom isomorphism, Euler, Chern and Pontryagin classes, cobordisms groups, signature formula.
(8710 views)