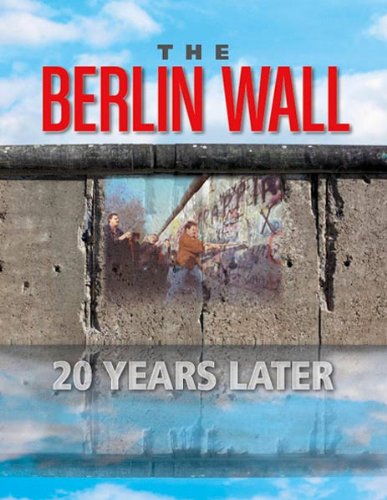 Description:
The Berlin Wall -- symbol of a divided city within a divided nation within a divided continent -- marked the geopolitical and ideological cleavage of Cold War Europe. Its demise marked the triumph of western models of personal autonomy and economic entrepreneurialism, and of the desire to live in freedom.

European History
- Wikibooks
This texbook presents a broad historic overview of the period of European history from the middle ages to the present day (roughly between 1000 and 2000), a story concerning the activities of our collective ancestors, closely based on real events.
(19741 views)

Destination Europe: The political and economic growth of a continent
by Kjell M. Torbiorn - Manchester University Press
Destination Europe interprets and interrelates the major political, economic and security developments in Europe from the end of the Second World War up until the present time and looks ahead to how the continent may evolve politically in the future.
(6952 views)

A Source Book for Mediaeval History
by E.H. McNeal, O.J. Thatcher - Charles Scribner's Sons
Our purpose in general has been to present material touching only the most important matters of the whole medieval period. We have tried to offer in usable form illustrative material which may be of service to both teacher and student.
(7600 views)

An Introduction to the History of Western Europe
by James Harvey Robinson - Ginn & company
The excellence of Robinson's 'History of Western Europe' has been attested by the immediate and widespread adoption of the book in many of the best schools and colleges of the country. It is an epoch-making text-book on the subject.
(8443 views)