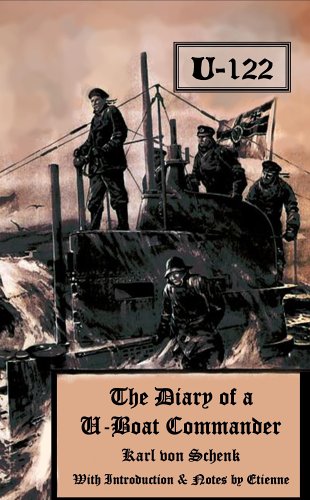 Description:
The diary of a World War One U-Boat commander. As well as being a fascinating glimpse of life on the German U-boats during the intense submarine blockade, this also reminds us there were humans involved - on both sides of the action - as we read too of the intimate thoughts and intense love of a man longing for his sweetheart.

The Story of General Pershing
by Everett Titsworth Tomlinson - ManyBooks
John Joseph Pershing was a general officer in the U.S. Army who led the American Expeditionary Forces in World War I. He is the only person to be promoted in his own lifetime to the highest rank in the United States Army - General of the Armies.
(7808 views)

With the Help of God and a Few Marines
by A.W. Catlin, W.A. Dyer - Doubleday, Page & Company
The story of the 6th Marine Regiment in WWI by its commander. The 6th Marine Regiment was part of the 4th Brigade in the 2nd Infantry Division. It is a classic account of their war in France, particularly the battle of Belleau Woods in June 1918.
(8410 views)