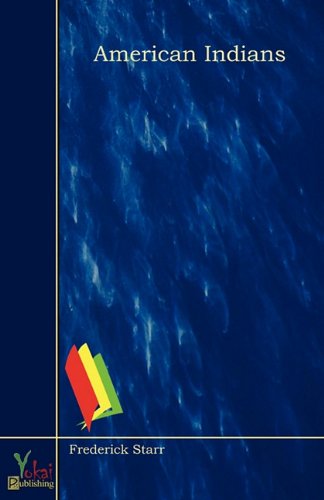 Description:
This book about American Indians is intended as a reading book for boys and girls in school. The native inhabitants of America are rapidly dying off or changing. Certainly some knowledge of them, their old location, and their old life ought to be interesting to American children.

American History Stories
by Mara Louise Pratt - Chadwick - Educational Pub. Co.
These are the stories of early exploration and founding of American colonies, conflicts over religion, and troubles with the Indians, culminating in the French and Indian War. These volumes are suitable for ages 8 and up.
(10208 views)

A Child's History of England
by Charles Dickens - John W. Lovell Co.
The book takes its reader on a fascinating journey, from Ancient England and the Romans to Victoria's reign and Dickens' own lifetime. Full of sensational plots, high adventure and terrible tragedy, it will appeal to anyone who enjoys a good story.
(14501 views)

American Inventions and Inventors
by Arthur May Mowry, William A. Mowry - Silver, Burdett and Co
The record of no other country can present a more startling array of forward movements and upward tendencies than that of our own land, and in no one direction does this upward movement appear quite so clearly as in the line of inventions.
(7702 views)

Historic Events of Colonial Days
by Rupert S. Holland - George W. Jacobs & Company
An absorbing book, describing the most dramatic episodes in colonial history: Peter Stuyvesant's flag, the struggle between Nathaniel Bacon and Sir William Berkeley, the attack on the Delaware, the pirates of Charles Town Harbor, and much more.
(6990 views)