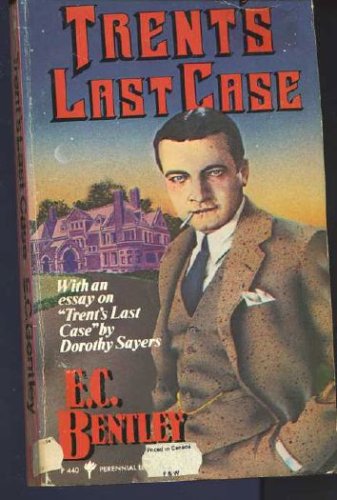 Description:
The author tells the story of thoroughly unpleasant American millionaire Sigsbee Manderson, who is shot. Painter and journalist Philip Trent is asked to cover the story, and the challenge to solve the murder is too much to resist.

The Amateur Cracksman
by E. W. Hornung - Charles Scribner's Sons
The first in a series of books of the anti-hero, Raffles, a gentleman and a cricket player, who supports himself by carrying out ingenious burglaries. Told a la Sherlock Holmes stories, by Raffles' friend, with a good sense of humor.
(7398 views)

Architect of His Own Destruction
by Louis Shalako - Smashwords
Crime author Aldrich Tobias sits in La Prison Sante, awaiting the guillotine. He's been convicted of a series of sex-murders involving women. The President of the Republic has asked Detective-Sergeant Maintenon to take another look into the case.
(4673 views)